Toy Makers are Reducing and Abandoning Their Use of Plastic 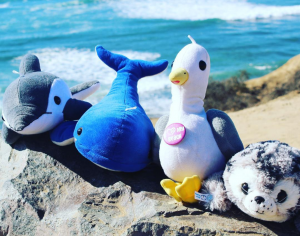 This is such good news! There have been a number of stories in the news about retailers favoring materials other than plastic, including using plant-based materials and recycled materials. The biggest plastic toy makers have recently announced trying to improve their green records.

At the same time, smaller and newer companies are avoiding bad habits altogether by producing environmentally conscious toys right out of the gate. We at Adventerra Games couldn’t be more excited about this! For the record, our games are made in Europe out of sustainable natural materials, since we believe in walking the talk about the environment.

The Toy Insider trade website shared a list of toys crafted with the planet in mind. You can read the full list here: https://www.thetoyinsider.com/celebrate-earth-day-2020/. In addition to these important moves by smaller companies, the biggest toy companies are following suit. Since they make so many more toys than the smaller companies, their changes can really make a big impact.

According to Euronews, Mattel’s Mega Blocks will now be derived from bio-based resins and a version of the traditional Fisher-Price Rock-A-Stack will be made of bio-based sugarcane plastic.

Another giant on the market, LEGO, plans to make 100% of its packaging sustainable by 2025 and currently uses plant-based plastic for certain products, notably in the LEGO Treehouse set. The plastic alternative made of sugarcane, however, is not guaranteed at this point to last for many generations of play. Five years ago, the Danish toy company invested in a new Sustainable Materials Center, which has been working on materials for packaging and producing bricks. It is helping to meet the company’s goal of making all core LEGO products from sustainable materials by 2030.

Hasbro announced just last year that it is going to phase out plastic packaging on its products by 2022. Its current sustainability goals include 25 per cent reduction in energy consumption, halving the waste to landfill and reducing the greenhouse gas emissions by one fifth as well as reducing water consumption by 15 per cent by 2025.

UK’s The Independent reported in March 2020 that McDonald’s pledged to remove plastic toys from its children’s meals in an effort to protect the environment in the UK and Ireland. The announcement of the measure comes following a highly-publicized petition led by two schoolgirls calling on the fast food chain to cut plastic from its Happy Meals, which are geared towards children and contain a small toy. We think it’s amazing to read about two youths taking action and making such a difference. They had already convinced Burger King in the UK to eliminate plastic toys from their kids’ meals last year. We understand that similar movements are underway in the U.S. and elsewhere and we hope they succeed.

PrevPreviousAstounding Use of Plastic Waste from Ocean: Prosthetic Limbs
NextAnnouncing Strategic Partnership with OJO Board GamesNext

We use cookies to ensure that we give you the best experience on our website. If you continue to use this site we will assume that you are happy with it.Ok